Message from one contact appearing in conversations of multiple accounts

Steps to reproduce the problem

This is a bit convoluted, I'm connected to multiple servers with a few different accounts to test out an xmpp server I just set up (an instance of jackal.

a@mytestserver is my main testing account, all of the other accounts are contacts of this account. I'm logged into a@mts on two different computers. Gajim on the second computer ("remote") only has a@mts. Unless noted, all actions are from the perspective of the computer with all three accounts logged in ("local").

Messages between two contacts only show up in the appropriate conversation, even if sender is a contact of other accounts in the client. 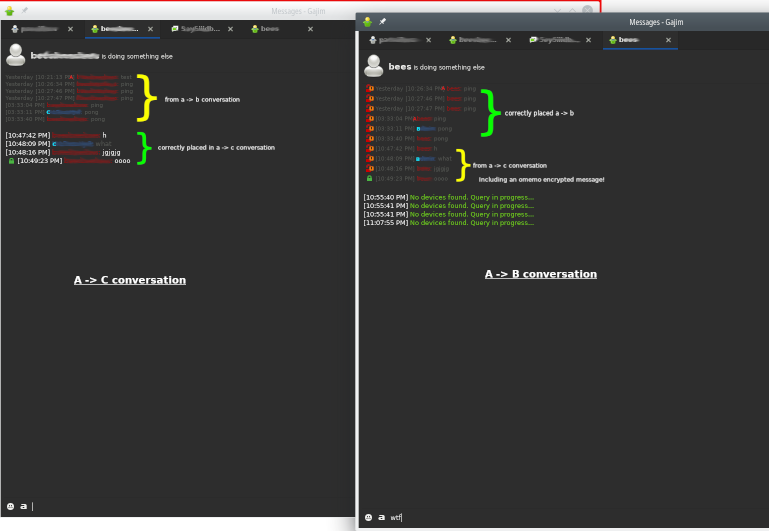